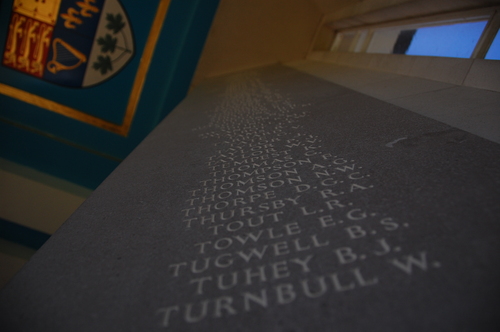 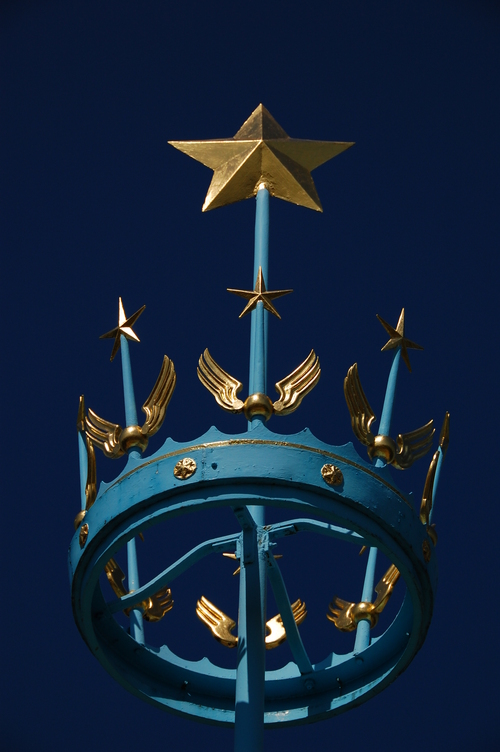 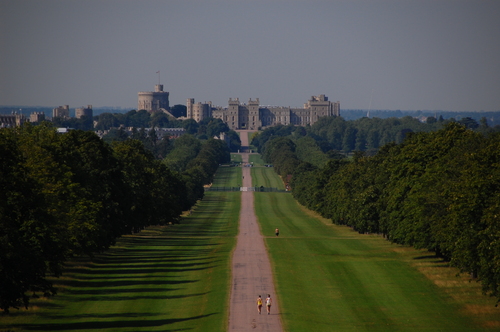 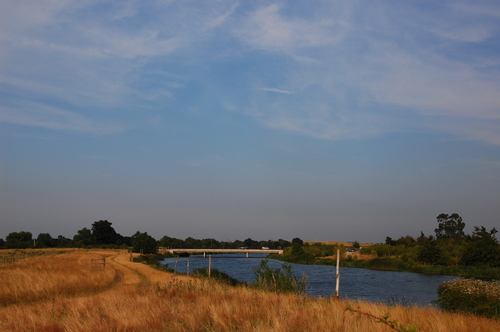 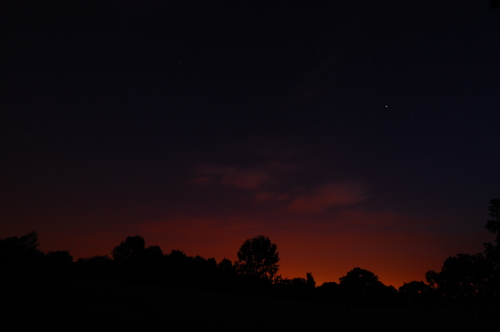 Actually i planned to go to Oxford today but since i left London Westminster at 3pm(I had to buy some stuff for camping, my bicycle and my camera) it is still 50 Miles away and i'm at a camp site in Chertsey close to motorway M3. But i don't complain, i had a hot shower and warmed up the Lamb Tikki Masala which i didn't finish yesterday(Did you know that Chicken Tikki Masala was voted as Englands favourite meal?). Also the noise from the cars is bearable. And this day was gorgeous, i'm still in an ecstatic mood - the Thames Valley cycle way goes through wonderful nature including Richmond Park which is a nature reserve with high yellowish grass and hundreds of old oak trees. Lovely! 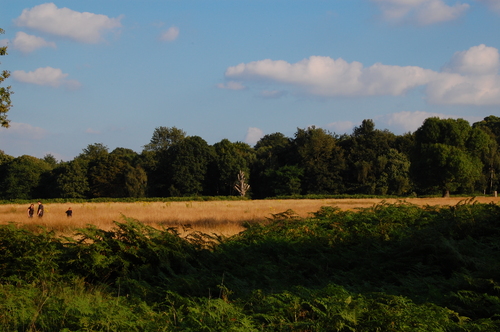 → www.flickr.com
Richmond Park
I've gotten used to asking people for the way when i'm getting unsure if i'm heading the right way, as everyone is so awesomly polite, helpful and forthcoming, a conversation usally goes like this:

Excuse me! Is that High Court Bridge over there?
Yes Sir, indeed it is.
Allright, cheers!
My pleasure Sir, have a nice ride!
Thanks, bye! 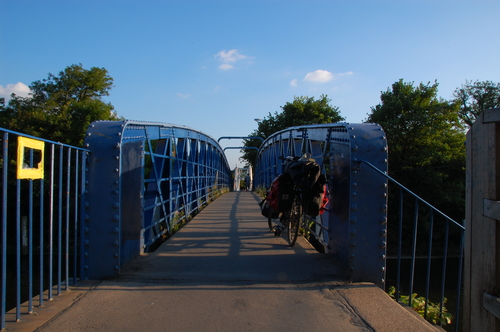 → www.flickr.com
In Kingston upon Thames i stopped to ask a girl passing as i had gone in a wide circle back to where i was already earlier and signs and maps where confusing. When she stepped closer i realized how stunningly beautiful she was, big turqouise eyes and lips to die for. I had to ask her 2 times to repeat the directions for me as i couldn't focus on her instructions as i was drowning in those huge hypnotizing eyes while she was talking. Two streets further i realized i should have asked her if i could take a portrait of her. You wouldn't believe that such a wonderful being wanders this planet... In general people are pretty good looking, bright blue-grey-greenish eyes, sharp face countures and slender bodys. 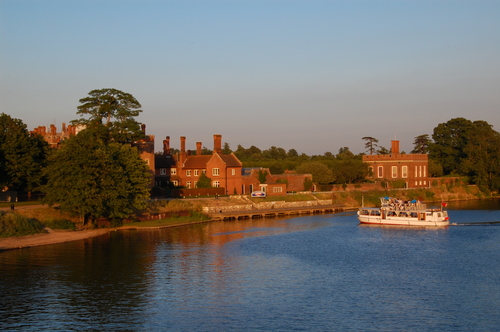 → www.flickr.com
In fact i see dozens of girls every day that are above standard beauty(And my standard is quite high). And nearly all contacts so far where carried out in a way as described above. I really don't see why austrians, especially viennese, are beeing described as charming, they aren't at all, compared to the Brits(An exception was the rude rednosed recycling facility worker at Battersea mad).
It also seems everyone is well educated and reasonable. But well, maybe thats because living standards are so high in the London area, will see if that still works out further north, guess it may change in more industrial regions, e.g. when i pass through Liverpool and Manchester. Yet i've only seen twice people who look like what we associate with the typical drunk, out-of-shape, socker-crazy english tourist.

Did i already mention how beautiful the girl i met today was? You really should have seen her...heartsinmyeyes 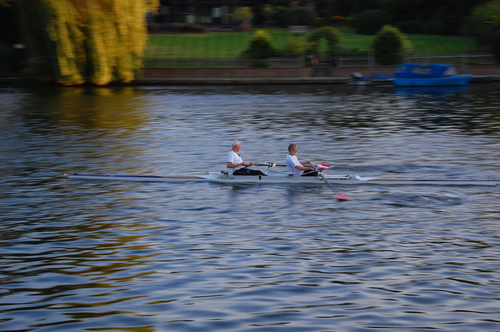 → www.flickr.com
My new Nikor 18-200mm lens is fantastic, there are so much more options with this huge zoom. I got to find a polarizing filter for it quickly, should have bought one right away. Taking lots of landscape photos with it, not only with the Sigma wide angle lens(I have a pol-filter for the Sigma, but it is 77mm so it unfortunately doesn't fit. 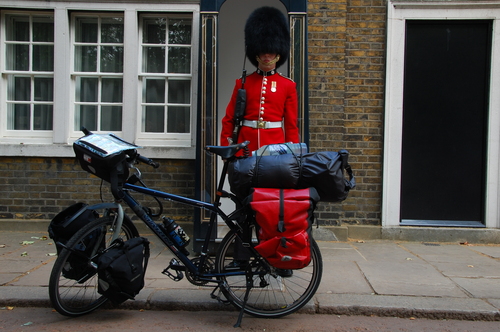 → www.flickr.com
I also upgraded my plastic bag(aka'big black trashbag') to a watertight Ortlieb Ratsack to put my sleeping bag, isolation matress and tent in to keep them dry(The tent could stay outside of course as it has its own watertight shell but it fits in and its nice to have one big piece rather than two). I also got additional storage now as the sack is longer then needed(The lose end is rolled up like all Ortlieb bags which makes it pretty flexible). The bike itself is also doing fine, all the investments and work i've put in in spring is paying off now... Quality gear is really worth its price if you make good use of it...

Some random rants and cheers: 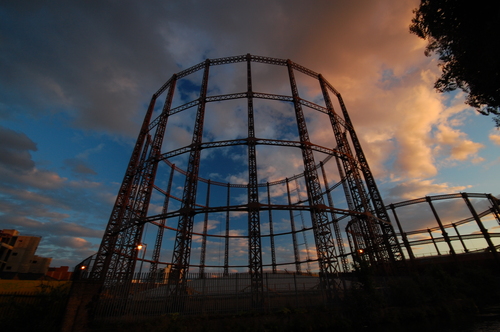 My new, 7 week old mp3-player died yesterday. It won't turn on, black screen, nothing happens. This sucks, as long distance cycling can be monotonuos sometimes.
Hmm, its working again(Horray!), but i don't have trust in it anymore...

It's only the third day of my cycle trip and my back feels like someone strained steel wires all over it. Next time i'll take my personal massagist with me...
Maybe i should go to the sauna club with the neon advertisement in Hackney, the sign below the red light says they also offer massages!? Odd thing is, they are only open from 8pm to 5am. 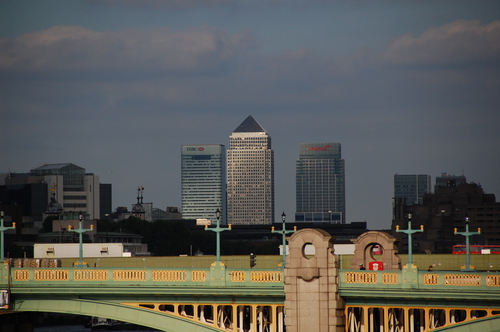 → www.flickr.com
I managed to drop the 77mm Lenscap of my Sigma 10-20 into the channel at canary wharf yesterday. Will have to get a new one today.
Fixed as i got a new one, from Nikon and its even better

It was friggin' cold 2 days ago, like november. Will get more socks and bought proper cycling shoes yesterday as i foolishly only took leather shoes and sportsandals with me(But there will 30 degrees on friday which is unusual for Britain i was told, i'm a lucky bastard).

I really regret that i didn't buy the Nikon 18-200 VR lens in vienna as it would be very usefull(The D40 Kit lens just isn't sufficient)
Fixed as i bought it here, first thing that was cheaper than at home(besides the vegetarian food they sell everywhere, but vienna offers no competition here) 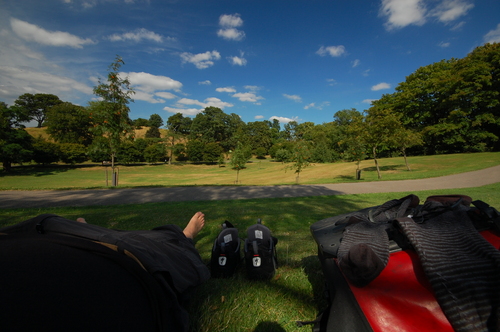 London is a magical place, i could spend weeks strolling around, exploring the city. I love the vibrating life in between the decaying structures, the dirt, the chaos, the multiculture... I already spent two days, from 9-23 o'clock, cycling around, exploring, taking pictures fanatically.

English food is gorgeous, i especially like the indian and thai flavours. I tried Fish&Chips yesterday, the first few bites are quite good(Should be for 9£!) but then the fat is starting to make you feel sick. I'll stick to the colonial food for the rest of the journey. 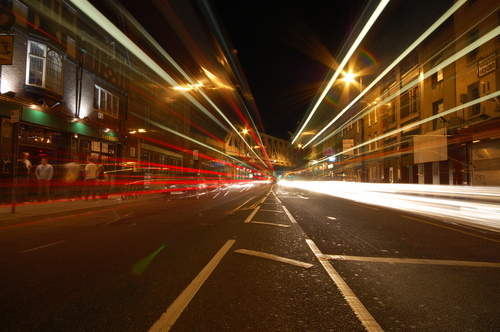 → www.flickr.com
London is a true bike city. It's pretty flat and the car traffic is quite defensive, they usually take care about cyclists. And everyone seems to have the same efficient(some might say 'badass') cycling style as me - highspeed driving through traffic jams, ignoring traffic lights if there's no good reason to, driving against one-way-roads seems to be standard here. And i've never seen so many beautiful, minimalistic single speed bikes.
← newer 68 ... 9 8 7 6 5 4 3 2 1