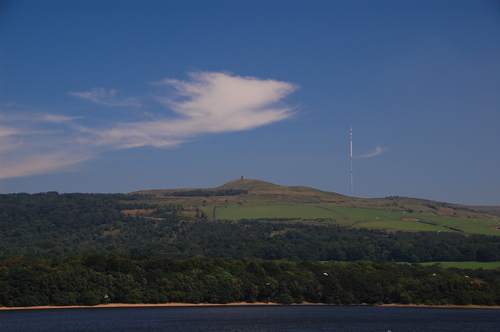 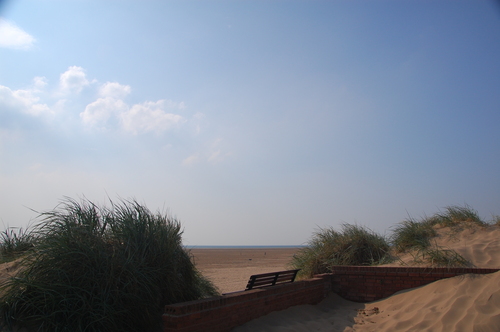 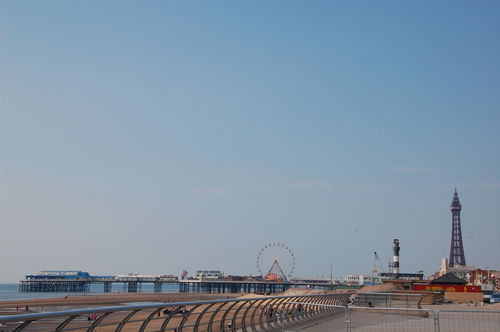 Today i went pretty far and bet the 100 km barrier for the first time. Unfortunately i decided to go via Blackpool and after the not so pleasant industrial high-traffic outskirts of Manchester it was quite disappointing to see SUCH a place where i expected a nice coastal town. The first sight of the irish sea indeed was pleasant but soon the coastal road changed into a devastating plasticworld. They had huge shells, mermaids and octopuses made of plastic attached to the lightpoles(Just like very tasteless christmas decoration), the seaside buildings where housing casinos and gambling halls, there where rollercoasters and other yearmarket-attractions for about 4km along the whole coastal side of Blackpool. Everything was advertised with huge letters and all the fassades looked just like the new viennese prater, ugly as hell. In one word: Plasticworld 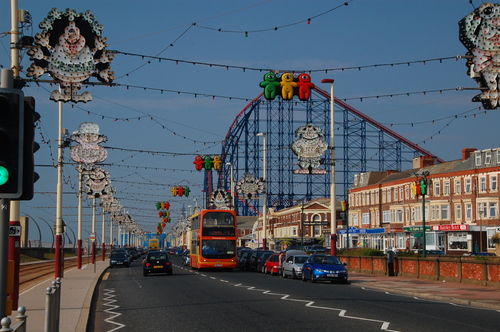 → www.flickr.com
I have no clue how people can enjoy their holidays in such a place... 4kms of casinos, fun fair and plastic 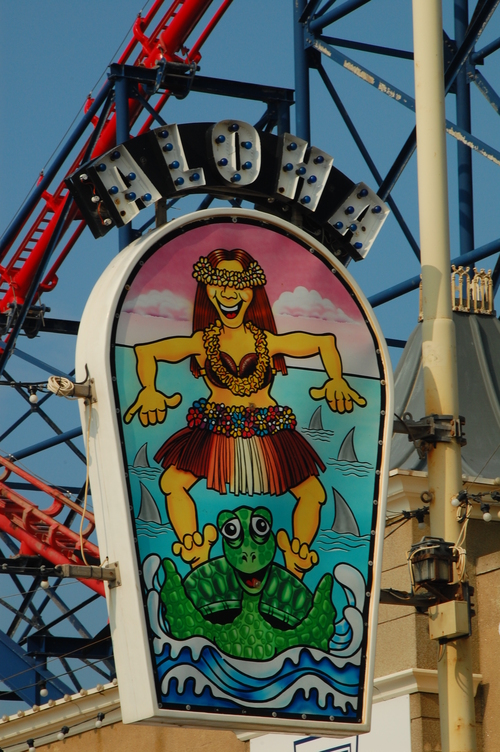 → www.flickr.com
Seriously, wtf?
As the concierge at a big hotel where i asked for the way told me that it would be like this for the whole coast to the north i tried to escape from this place as fast as possible and after an endless straight countryside road i finally found a campsite which also allows tents(Three others i had passed by earlier where for caravans only). This place is actually a farm but its pretty cheap(5£) and as there are showers i didn't want to go further(i planned to go to a lake i had seen in googlemaps but this would have been another 20km).
The other people on this campsite seem to be not the wealthiest and educated fellas from leeds and manchester, at least judging by their behaviour(beeing drunken in front of their missbehaving kids) and their sluggish pronounciation(Yes, i don't care about pc). Oh well, tomorrow i'll enter the Lake District, hope its not a too touristic place.