Having cycled up to Osh to the official end of the Pamir Highway, our next goal was Bishkek. While not exactly on our route, we had to go there for bureaucratic reasons.

Ria and Oliver had not been successful in getting a chinese visa and therefore had to take a plane to Bangkok/Thailand.

We on the other hand had sent our second passports back to Austria from Buchara and visum.at had aquired the visa for China and Pakistan for us while we where cycling through Uzbekistan and Tajikistan. The passports would be returned with the finished visa back to Bishkek.

Four long-distance touring-cyclists carry a lot of baggage, we plus the bikes didn't fit in the comfortable, modern taxi-busses (Honda Stepwgn) so we ended up hiring a van for 200 USD.

Eventually the van overheated at 3500m while crossing a scenic mountain pass and white vapor emerged in front of the windscreen. 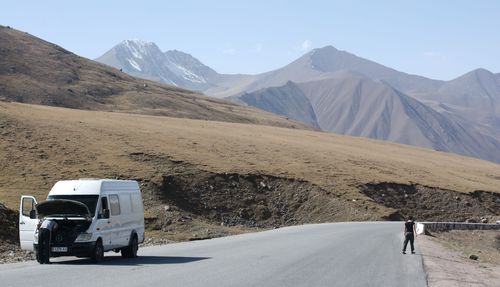 With some cold water from a nearby spring and turning the heating on to loose even more temperature, the problem was solved quickly. The Mercedes engineers in Stuttgart would probably facepalm at this point, seeing their beautifully constructed engine treated like a Lada or Kamaz (Though all of the warning lights on the dash where on right from the start, so probably all of the internal sensors where broken).

Bishkek was not exactly the city of our dreams and the 30min ride to the center with the Marschrutka's made us feel nauseated due to the ridiculous driving style of accelerating and breaking rapidly, so we happily took the chance to leave to the nature for some horseback riding in the mountains south of Bishkek. 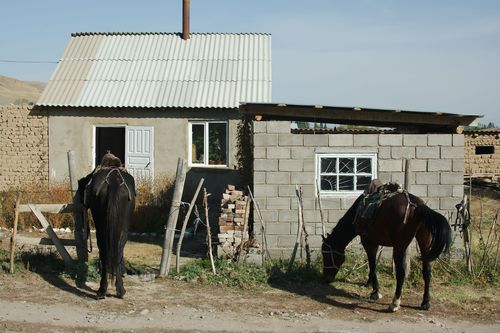 Our hosts brother-in-law and his friend, a local sheperd, guided us up a small valley glowing in autumny reds and yellows. The nights and mornings where icy cold so we where glad we had taken our tent and down sleeping bags with us (The mountain of bags had appeared too much for the horses when we set off, but turned out to be no problem). 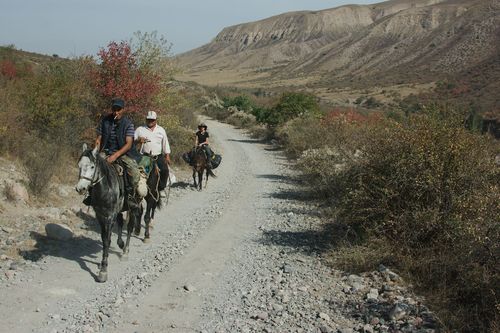 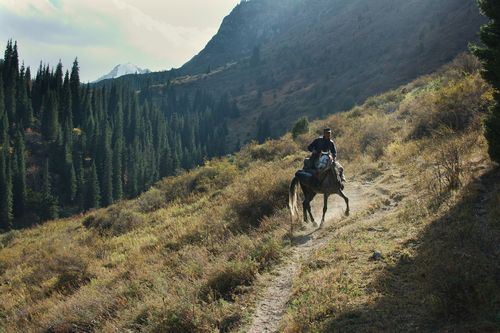 The sheperd horses we got to ride have amazing climbing abilities - they easily master grades you would have to tackle on all fours if you where not seated in a comfortable saddle.

At several points we just left the horses to decide how to move on, as we fully trusted them to be much better judges on how to climb up and down over large boulders and slippery hillsides than us.

We where truly impressed by their surefootedness and courage, skills they had aquired through years of training in guiding herds of sheep through the very same terrain. 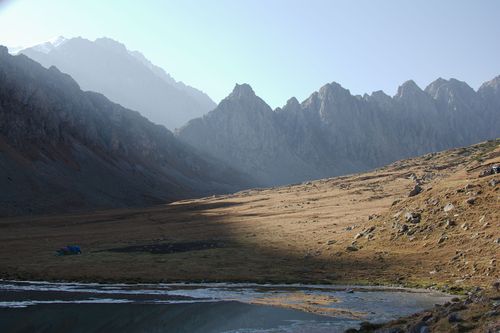 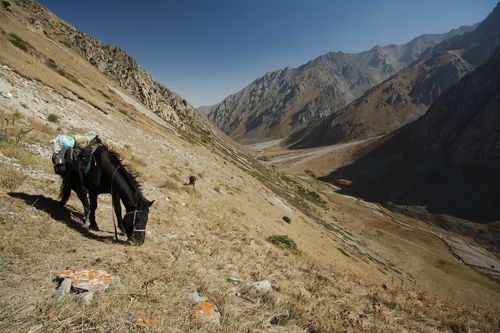 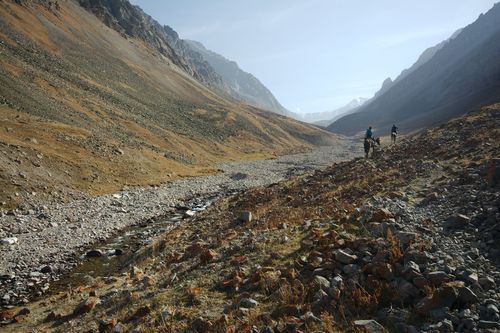 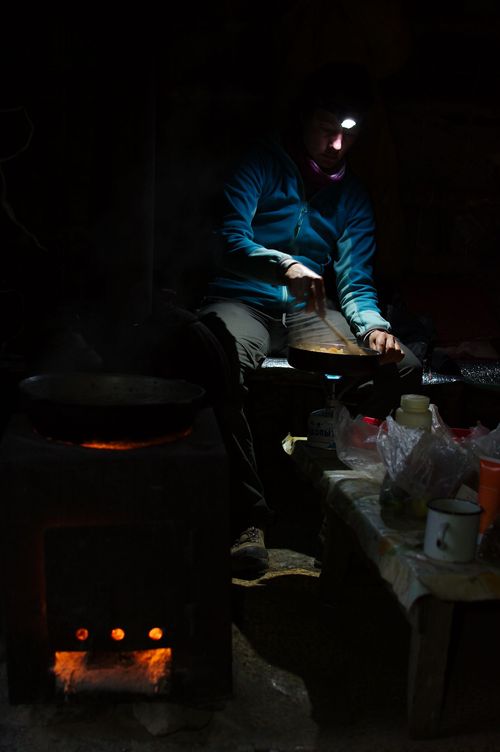 → www.flickr.com
Cooking in the sheperds makeshift shed - for sleeping we preferred our clean and windproof tent though 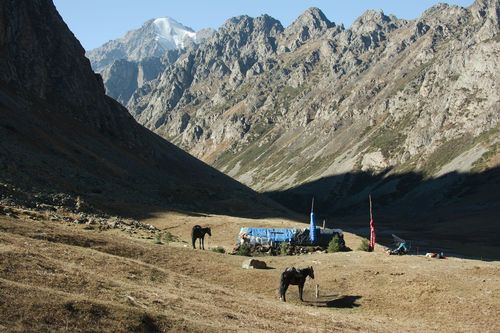 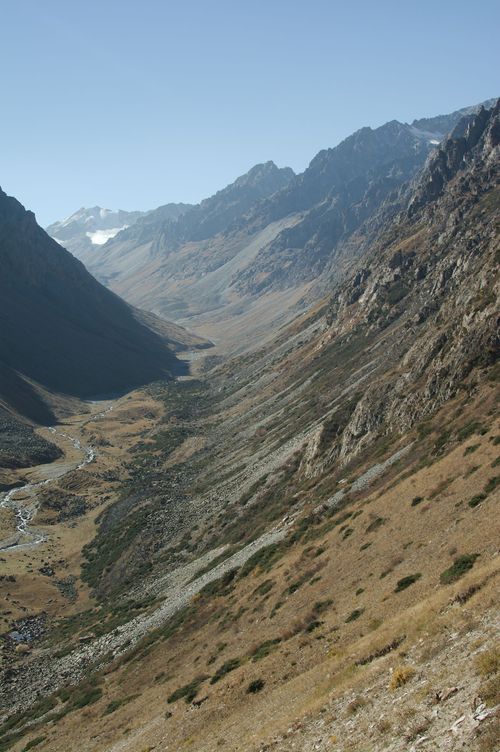 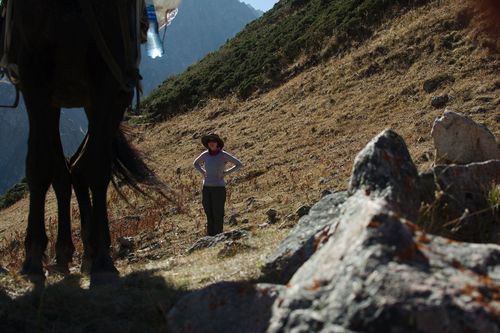 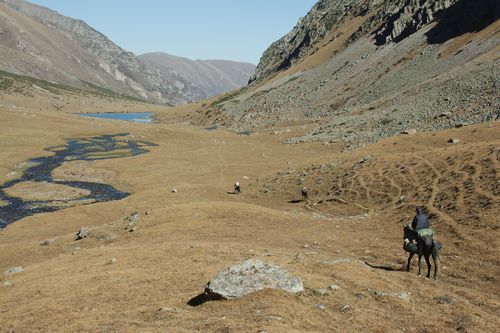 If you are interested in horseback riding in Kyrgyzstan, contact Talant Asemov (Who also offers a bed&breakfast in Bishkek and speaks perfect german). Or you can do it like Helen Lloyd and just buy a horse at a local market instead.