For the second time i don't pay for sleeping and if there would be more or more accessible lakes or rivers i'd do that all the time as my only needs are a flat place for my tent and some water to wash. The day before yesterday i slept on the property of the farmer Dick Bush near Henley under a huge oak tree and a nearby architecture office(Inside a farm building) offered me to use their bathroom which i gladly accepted. Today i swam in a sidearm of the river Avon which was pretty cold and with muddy grounds, but this cheered me up again. 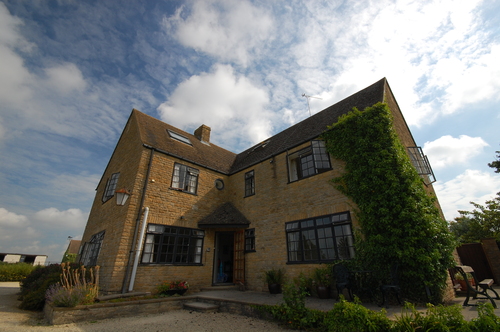 → www.flickr.com
B&B, charging 19£ for their campsite(4m² flat space and a hot shower where my needs) due to the AONB-tag(But i was desparate and accepted). Well, in Tyrol there's also a nice landscape but the campsite-prices are still reasonable :-P 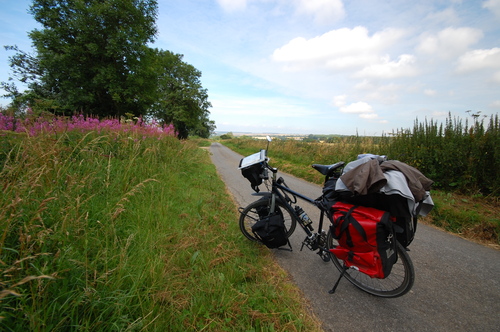 → www.flickr.com
The last three days where hard work as there are some steep hills called the 'Cotswold Hills' between Oxford and Evesham. When i left London i was following a dedicated bicycle map. Unfortunately this was one of the worst maps i've ever used, it was totally outdated, each page pointed in a different direction but not pointing north(there was an arrow pointing to north printed on it instead), lots of information was missing and whole streets that help in orientating where not on the map. I constantly lost the path and went in huge circles twice and after Windsor i finally found myself on a heavily trafficed motorway. In the end i asked a local cyclist who pointed me to a much nicer path which finally led me to the Bush-farm. 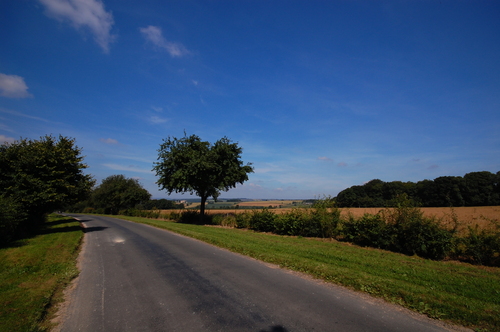 As requested by my father, here i am with my fully loaded bike, an interesting building and a little of landscape too(near stow-on-the-wold).
From there, on the next morning, i followed the advice of the architects and used a sideroad to Oxford which was just as good and much more direct as the dedicated cyclepaths i had used till then. I will (and have) continue(d) using the usual sideroads from now on, its just not to easy to find good maps in England. 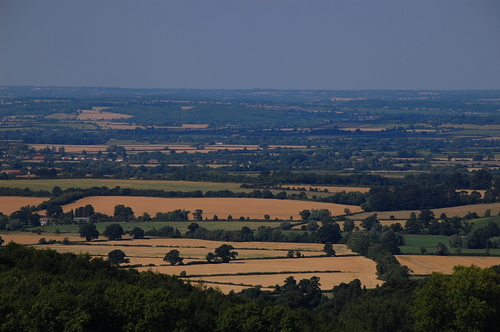 → www.flickr.com
Westward view from Cleeve Hill
Tomorrow i'll be heading to Worcester, trying to get to Liverpool as quick as possible, which means i've dumped the plans to go to south wales and swansea. Too many hills anyway ;-) I'm a bit late now and since i advance slowly due to the hilly landscape i'm a bit afraid i will not make it to Edinburgh(Everyone who asks me where i'm going breaks out in laugter when i tell them). 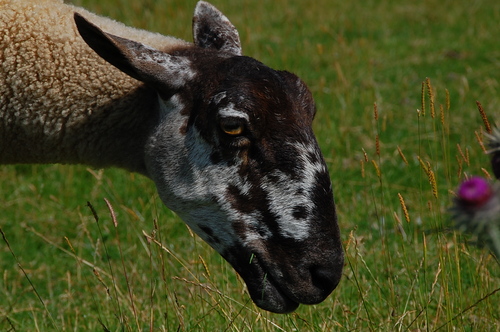 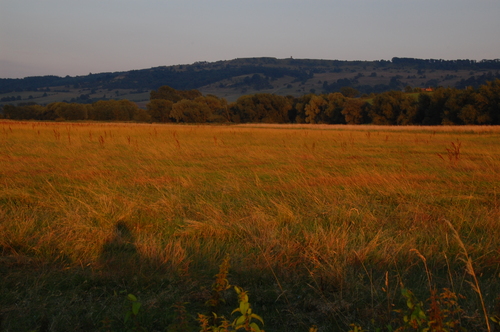