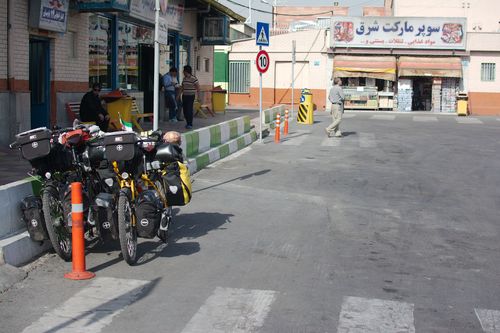 → www.flickr.com
Waiting for our bus in Tehran

Having arrived in Tangrah with the night bus from Tehran at 5am, we where extremely tired, so we rolled out our matresses on the ground close to where the bus had stopped and slept for a few hours.

The blazing sun drove us out of our sleeping bags at 9am and we had little choice but to start cycling - it was a chore and our bodies and minds protested to do their duty in the heat of the day. Somehow we still managed to make 35km, with along break around noon, sleeping in the shadow of trees at a public resting place, in between families having picknick and çay. 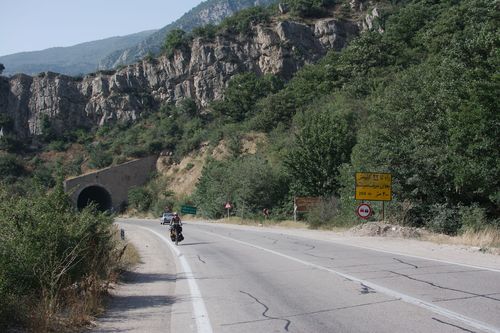 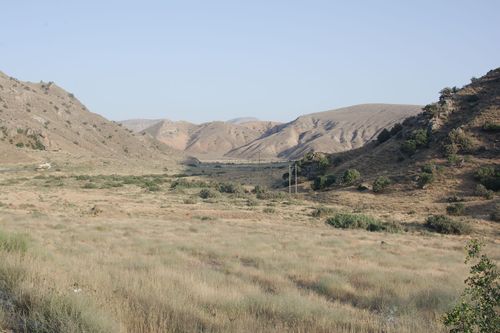 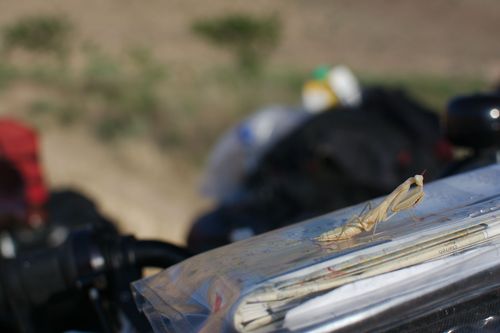 We didn't see much of Golestan National Park, just a valley with a lot of trees. And after the park, it was mostly arid and brownish-yellow wasteland, interrupted by harvested wheat fields and lively towns. 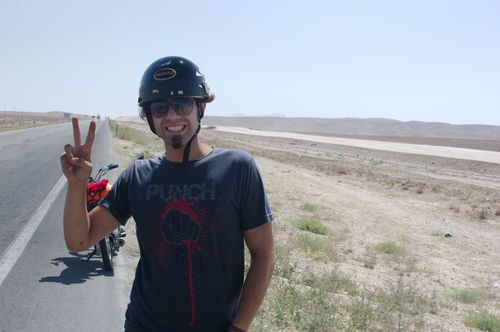 → www.flickr.com
This guy was extremely happy to see us 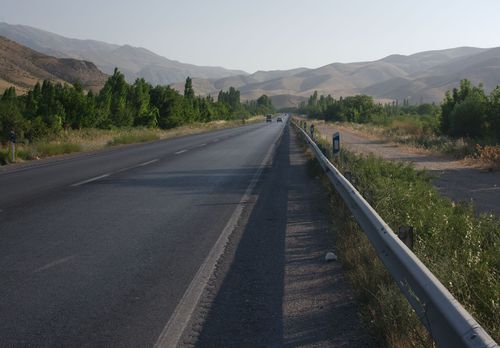 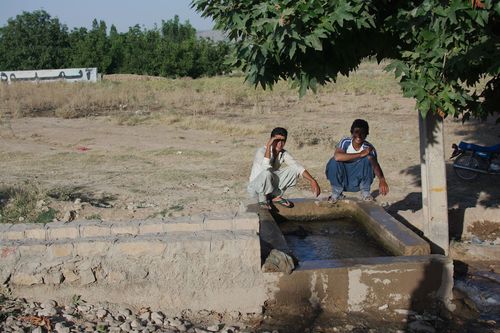 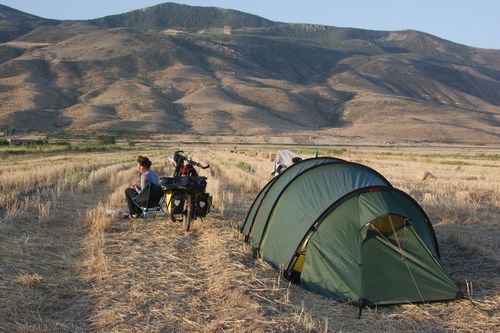 We made a lot of kilometers in this region, cycling in the morning and the evenings while resting under the shadow of rare trees during the extreme heat of noon. We had a productive cycling and camping routine going for a week, lastly interrupted when we arrived at the border to Turkmenistan. 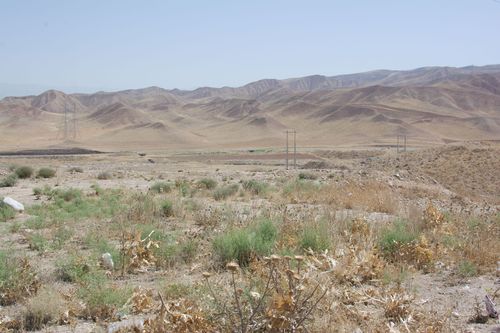 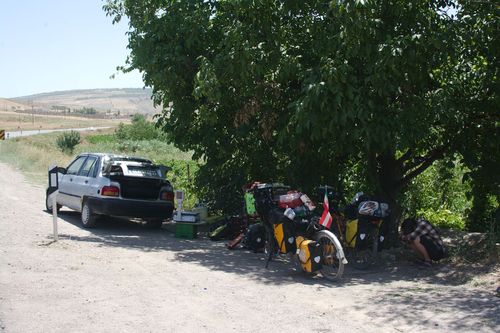 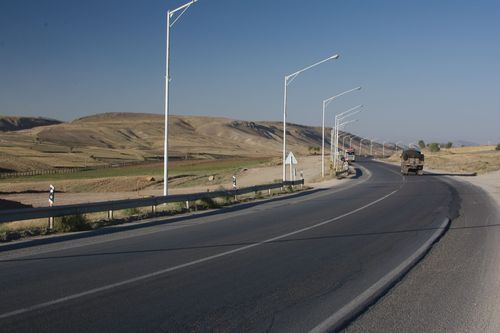 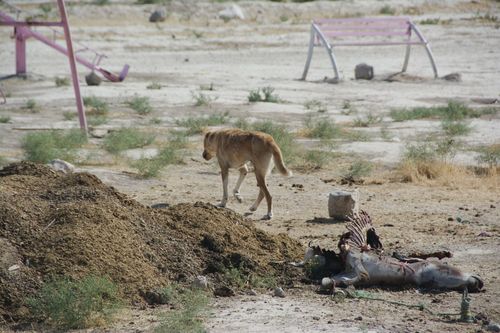 Ramadan, the muslim fasting month had arrived on our last days in Yazd. It was most visible in Tehran, where all the streetside food-stalls where gone and we could no longer find the stands who made fresh melon juice and banana milk :-( 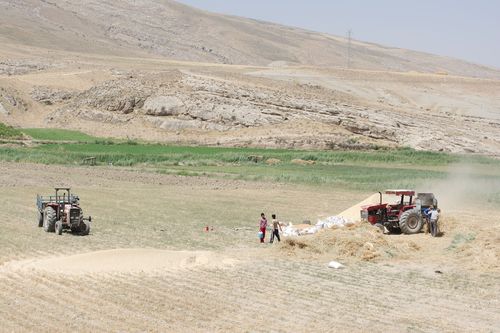 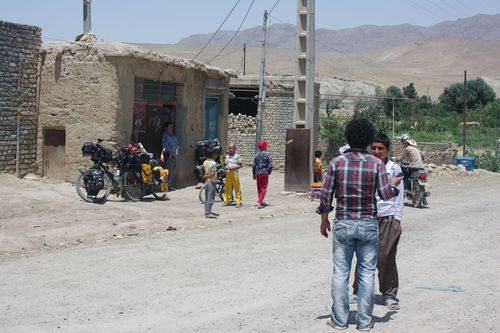 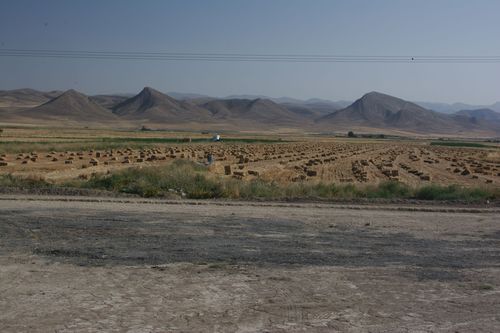 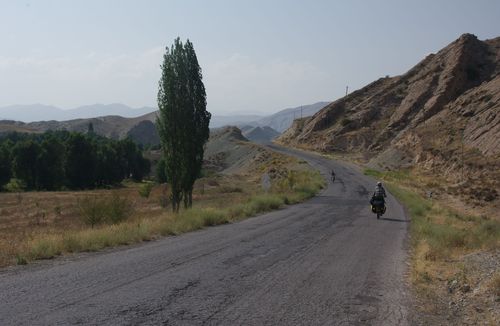 Despite the state-mandated fasting, most of the time it was not a problem to find food - many restaurants where still open, the windows covered with curtains - or newspaper in the smaller sandwich- and fast-food shacks. It's forbidden to eat and drink in public view, but you can gorge yourself on food when you're inside.

One of the last iranian lunches was the typical chicken shaschlik, with a lot of rice and a grilled tomato.

We got this in a roadside takeaway-kitchen, where dozens of identical meals where prepared(The rice beeing scooped from an enormously large pot), packed in styrofoam packets and delivered by motorcycle(Probably to offices or workers in the nearby towns).

We where ushered in a side-room and seated on the floor, each of us with a bottle of coke and one of the styrofoam packets filled to the brim with rice, chicken breast and grilled tomato.

It's taste was a vidid memory a few months later on the Pamir Highway, where tasty food was scarce and delusions of past meals haunted us. 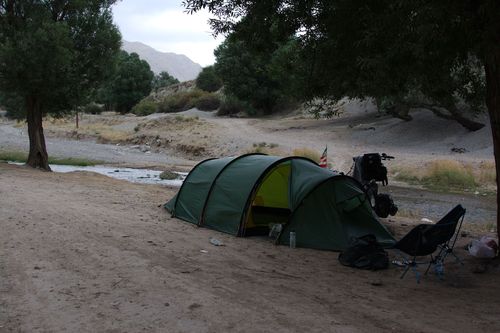 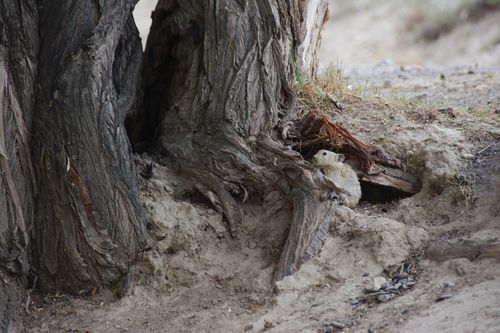 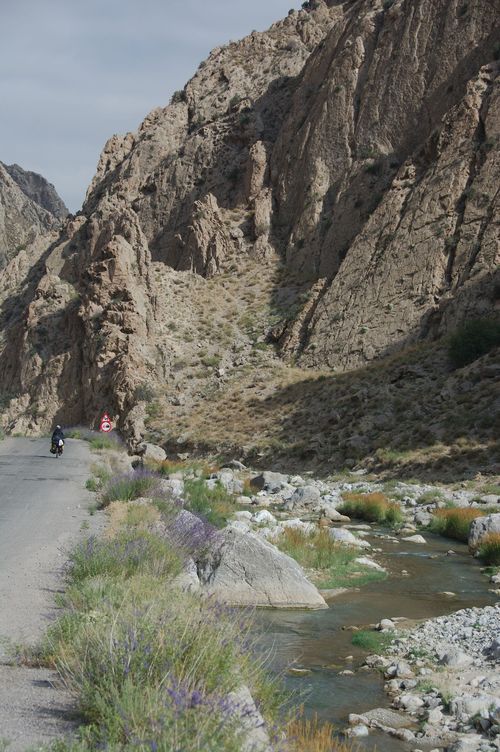 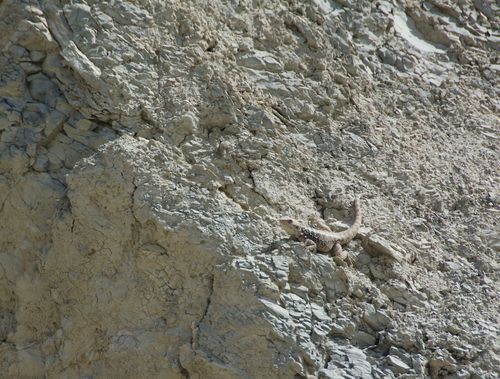 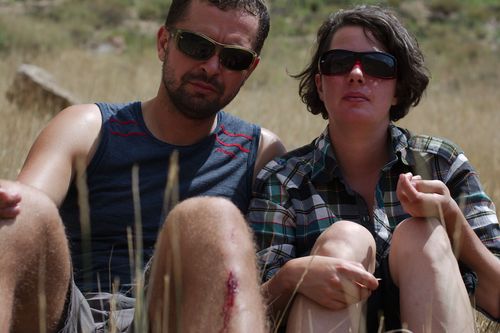 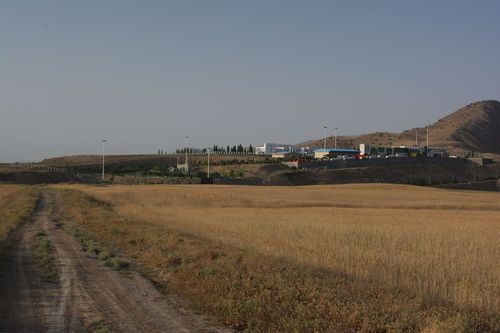