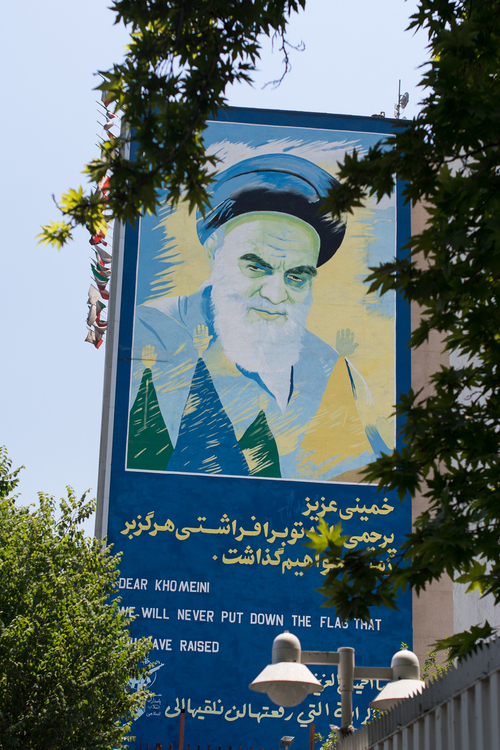 Our 30-day-visa for Iran was drawing to an end, so we had to extend it for another month. We had read it would be easy to do this in the tourism-hubs Esfahan and Shiraz, but  hard in Tehran.

Querulent as we are, we did it in Tehran and it took us three days instead of the 2 hours in the other places. But we had a chance to see the Foreign Intelligence Office from inside, where the head officer reminded us very much of Ralph Fiennes as Amon Göth in Schindler's List - a steel-eyed police officer emanating staunch authority, his back so stiff he had to lean sideways on his table to sign papers, in order that he mustn't bend.

Another officer looked like a bulldog, shouting at clients when they bothered him with questions(He appeared to us like another nazi-figure, one of those Sturmabteilung-idiots, aggressive and brainless).

All in all there was a daunting, oppressive atmosphere in this police-office, an atmosphere that makes you adopt the posture of a petitioner and bootlicker, hoping  the authorities would not refuse your petty claims. 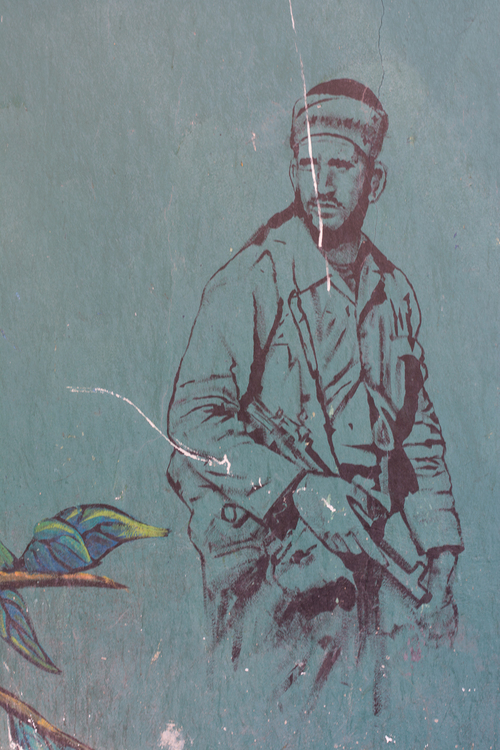 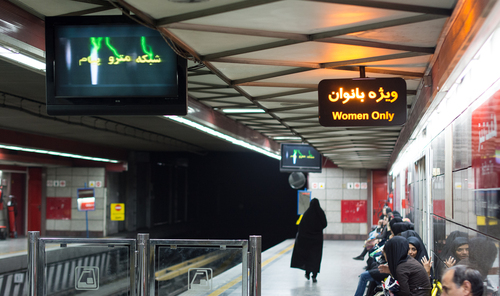 The first day we went there, Daniela was refused entry by the babyfaced soldiers at the entrance. She was wearing a longsleeve and trousers - not a manteau or chador covering her female forms adequately. I was allowed in and got the necessary forms and information on how the procedure works.

The next day we borrowed a manteau from our warmshowers-host and went there again.

We where happy we where tourists and not one of the poor afghans and turkmens, who queued up in droves seeking asylum. Still we felt a bit uncomfortable when after an hour of waiting, the police-officers asked us to follow them to the 4th floor to a department called SPECIAL SECURITY. 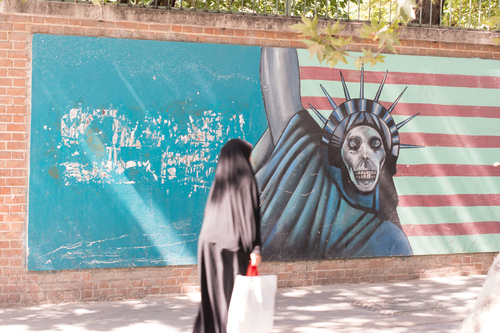 → www.flickr.com
We where asked to sit down in an small office with a man in civilian clothes, chainsmoking cigarettes(What a cliché!).

We where asked some curious questions, where we came from and go to and why in the world we had to extend our visa for another month, wouldn't 15 days be sufficient?

But we insisted, explained we where on a bicycle and Iran was a big country and we really needed another 30 days. He didn't respond to our claim, instead he produced a list with security information we had to read thoroughly - all of it bullshit - how we should always stay in hotels, never talk with strangers, never accept invitations from strangers - and some other naive advice. With a pokerface we dutifully affirmed we would follow all this good advice and signed the paper as we where asked to.

That was the end of the weird interrogation, back on the ground floor the SA-bulldog collected our passports and despite our protest we where asked to come back the next day at 9 o'clock sharp. Duh! 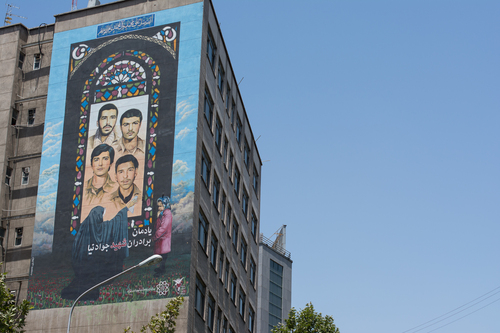 → www.flickr.com
Memorial mural of soldiers that died in the Iran-Iraq war 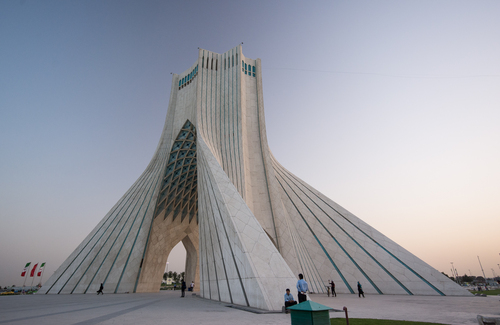 → www.flickr.com
The Azadi Tower, built in celebration of the 2500th anniversary of the persian empire

As ordered, we where there at exactly 9:00 - and of course waited for 2 hours. After pestering the SA-bulldog, finally Amon Göth called us in his office, our passports lying in front of him on his desk. He apologized for the delay and with a ridiculously momentous posture he put the extension stamp in our passport. When we got out of the thick air in the office, we immediately checked our passports - and really, they had granted us the full additional 30 days we had asked for!

After this long delay and waste of time, we where finally able to apply for our Turkmenistan transit-visa - another exercise in patience and lecture in the bureaucracy of dictatorships. But this went through comparatively smooth, with just 2 visits and a handwritten "letter of intent" on a frayed, dirty piece of paper(Which was just fine for them). 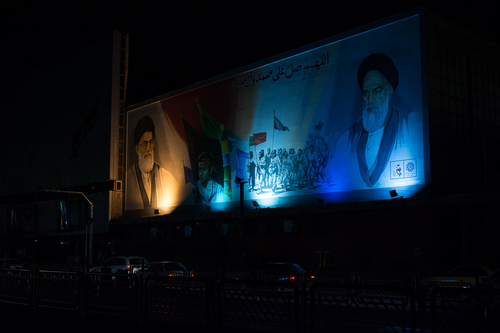 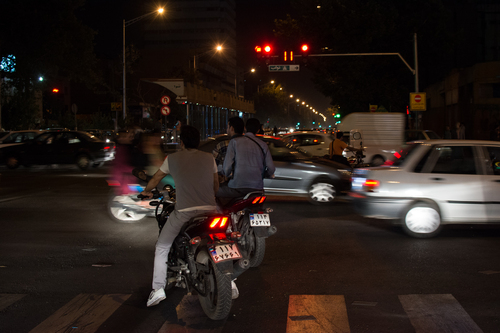 All of this nasty bureaucracy has little to do with the civilians in Tehran - like everywhere in Iran, they where very attentive, helpful and hospitable, going over and above what you would expect as assistance for a foreigner.

On the day we arrived in Tehran, a men we had asked for directions, went as far as driving with his car in front of us for 30 minutes, so we would find the flat of our warmshowers-hosts in the labyrinth of Tehran in the night. When he got us where we wanted to go, he gave us a melon as a present.