On the ropes in Uzbekistan 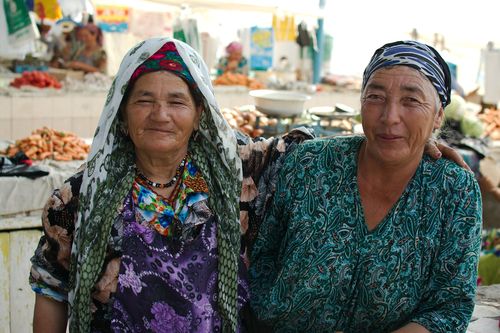 → www.flickr.com
Market women eagerly posing for a portrait at the bazar in Olot 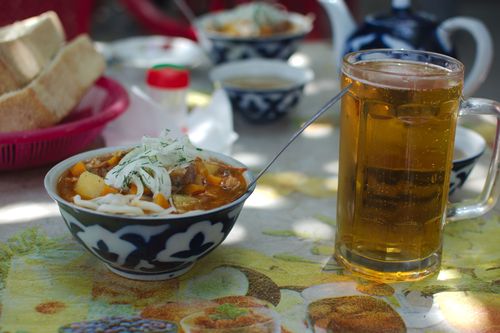 → www.flickr.com
The first and best Laghman soup we had. Also great draft beer! Digestion still fine at this point. 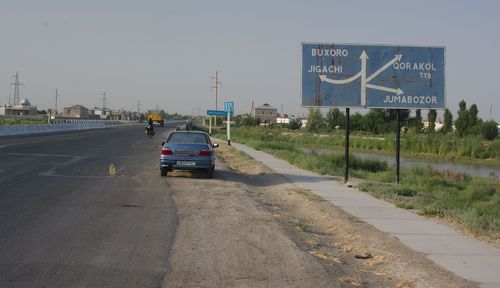 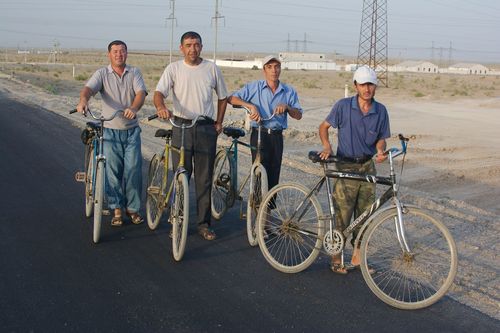 → www.flickr.com
Cyclists on the road to Bukhara

At first I thought I had catched a cold from the air condition - sore throat, pain in my joints, fatigue. However, at some point in the night I had to get up to pay the toilet a visit as I could no longer bear the pressure in my colon, which had woken me up.

We had arrived in Bukhara two days ago and found a hostel in the center, pricey but a "western" flush toilet en suite.

When I sat on the pot, explosively releasing diarrhea, I also had a sudden and inescapable urge to throw up. Luckily we had done the dishes earlier and our camping pot was still in the bathroom within arm's reach. Sitting there, liquid matter spraying both from my rear and front end, it was clear that this was a lot worse than just a common cold. 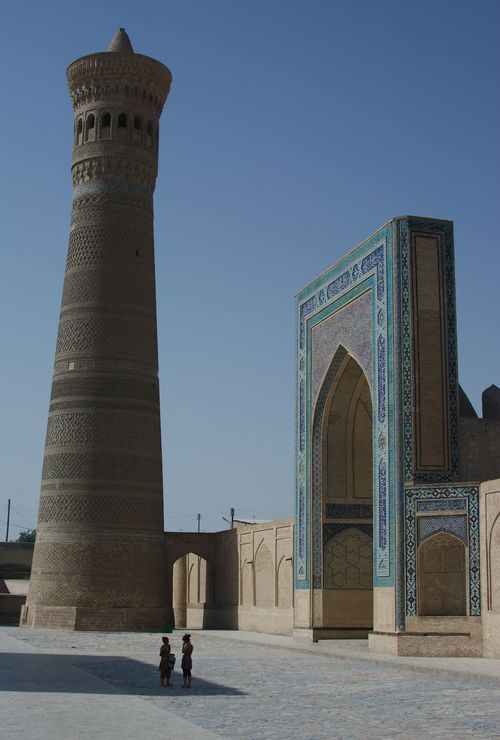 After I had spent the next 3 days in the hostel bed, eating nothing but Congee (Rice porridge), we decided to get back on the road despite my bad condition, as we where not at all happy with the hostel, the greedy hostess and the expensive touristy old town of Bukhara (The shops within reach charged double prices for all basic goods, even mineral water and bread). 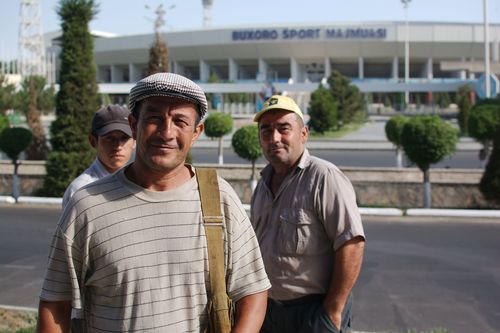 → www.flickr.com
I was waiting outside the post office when this guy approached me. I was in no mood for a chat, but he had a charming calm way which made me answer his curious questions nevertheless 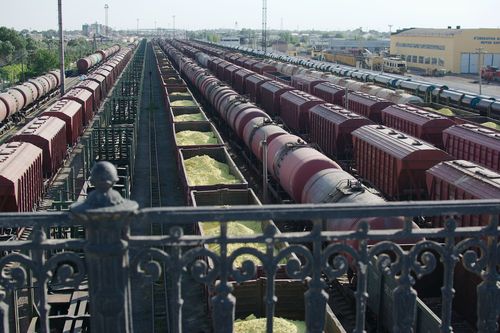 → www.flickr.com
Uzbekistan is one of the worlds major exporters of Uran

Pulling myself together, we managed to get 30km out of Buchara to Kagan, where we found some green grass in a field to camp. 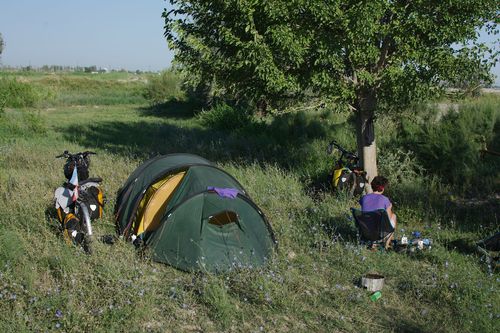 → www.flickr.com
At this campspot i felt very weak after already beeing sick for 4 days

I felt as weak as never before in my life and layed down on the grass, not wanting or beeing able to move for an hour, leaving Daniela with all the tasks of setting up camp and preparing dinner.

On the next day we had planned to continue by bike to Qarshi, but soon it was obvious that there was no way I could manage to cycle the ~150km of empty desert lying in between in the next few days. 5km after Kagan, I told Daniela I didn't have any energy left and would not go any further.

At a gas station, already in a bleak dusty wasteland, we tried to wave down the passing vehicles and after a while a Daewoo Damas stopped. It was only occupied by the driver and his wife and we where lucky enough that the back part of the car was devoid of seats (Most of these vans we had seen are used as taxis, see the link above). We nevertheless struggled to fit all our stuff in the narrow vehicle and where uncomfortably seated in the remaining space that was left between our bags and bikes. With ducked heads and our legs bent we where set up for the ride. 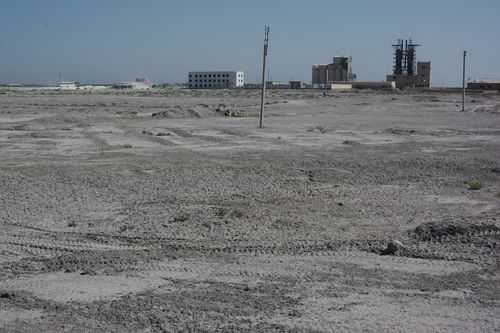 → www.flickr.com
At the gas station after Kagan

The two had offered to carry us for free, but when we arrived in Kasan after uncomfortable 120km on a rugged road, the wife asked for 100 Dollars. We where flabbergasted about that impudent claim and after a rather unjoyous bargain we settled for 30 Dollar (An unilateral conclusion, as we gave her the money and made clear that there would be no more, which she accepted with a frown).

The bazar in Kasan had a Kafé - but first we had to fight our way through curious masses who had gathered when we had stopped at a shop for a bottle of coke. We dutifully answered the ever repeating questions of where and how, took a photo of the huge crowd and exchanged a few dollars for a large bunch of uzbeki 1000 som notes with one of the salesmen. 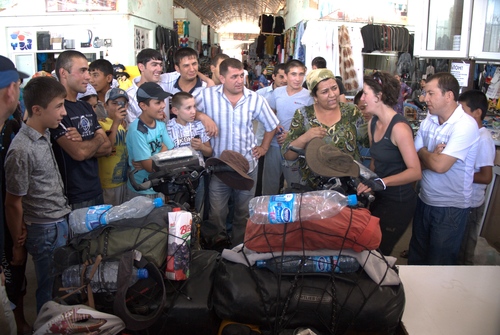 → www.flickr.com
Am Bazar in Ghuzar
I managed to eat two helpings of mashed potatoes before sleeping for an hour on the benches.

In Qarshi we spent the hot noontime in an airconditioned egg-storageroom - the owner, a young dynamic entprepreneur, had invited us after we had eaten in the Kafé next to his shop. 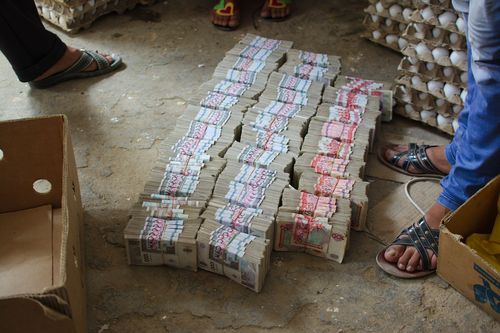 → www.flickr.com
Larger amounts of money are brought with boxes(About 2000$ in the picture) 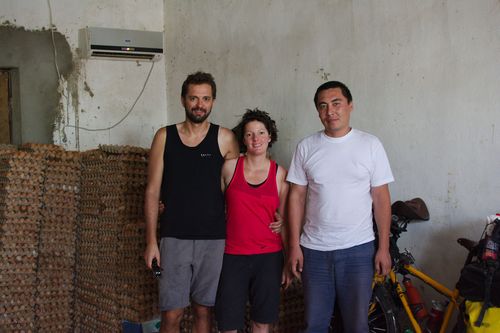 → www.flickr.com
Note the haggard look in my eyes

The next 2 days where a continuous fight - a few times I had to lay down next to the street to rest for a few minutes until Daniela summoned to move on. At some point, with still 120km to go, I was apt to give in and take a taxi to Denau instead of struggling any longer.

Luckily, Daniela convinced me to give it one last try and after another 2 days I reached a turning point, where the diet of Congee proved to be the cure for the bug I had catched (Thanks Mama for the advice!). 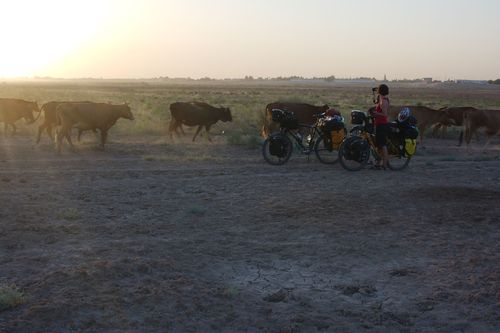 → www.flickr.com
One of our least favourite campspots, in the dirt near a stinking irrigation channel
In the hills after Dechanabad I got to enjoy the ride again, the landscape and the inhabitants made me make peace with Uzbekistan, which already had turned a bit sour for me (Endless cotton fields, the heat and aridity, unfriendly locals and last but not least, my bad shape). 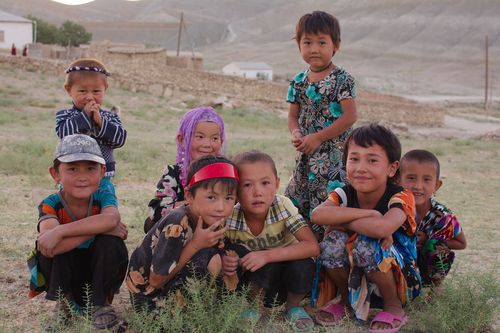 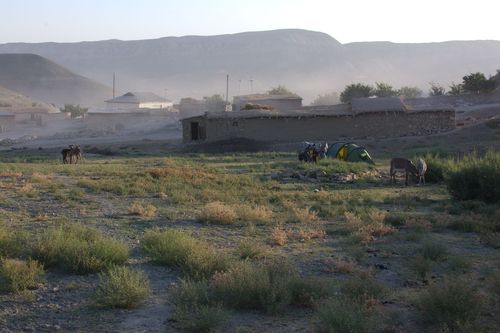 → www.flickr.com
One of the best campspots in a village with very generous inhabitants
Denau, which we had reached on Daniela's birthday, had not been the luxurious island of recovery we had hoped for. We could not enter Tajikistan before the 15th of August so we had to squash 4 days left in Uzbekistan. 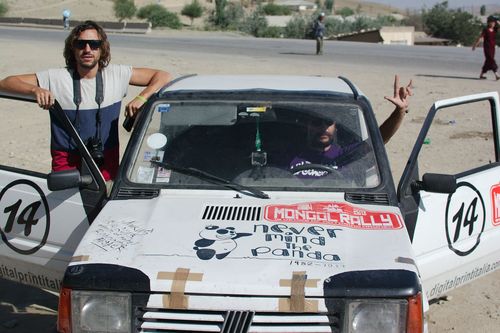 → www.flickr.com
We met these italians in a remote village in the mountains 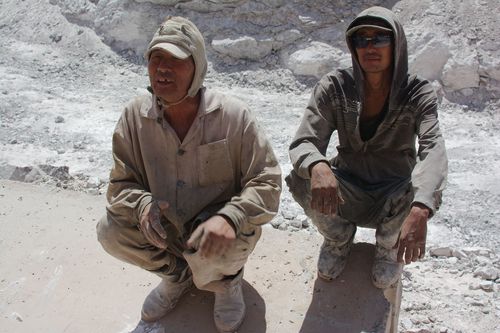 → www.flickr.com
I can't imagine living a life of hard physical work like these guys do 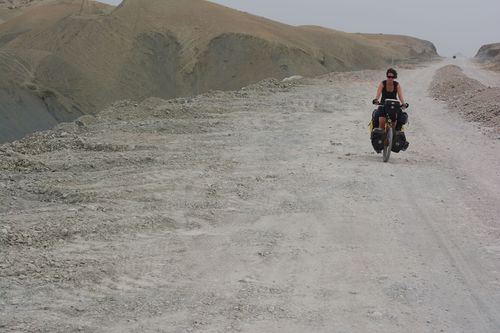 In Denau we had planned to spend a mini-holiday in one of the "attractively priced hotels" praised by Loney Planet, unfortunately they turned out to be filthy shitholes at thrice the price quoted in the (outdated) guidebook. We opted out and had to continue out of the city when the sun was already setting.

But again we where lucky and stayed 2 nights in the lush, shady garden of a nice lady a few kilometers outside of Denau (We even got hot, delicious food and milk!). 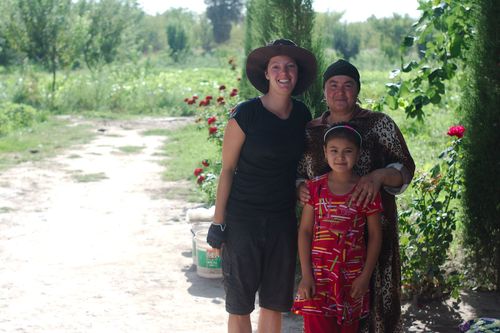 → www.flickr.com
Very generous lady who allowed us to stay in her huge garden

Another day off was spent in an apple orchard close to the border. 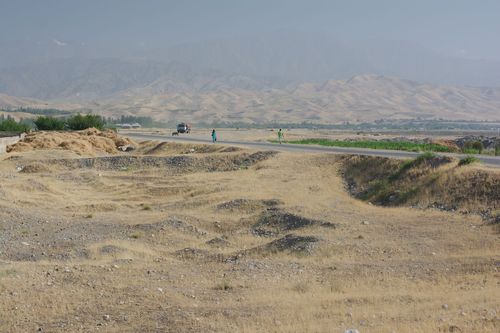 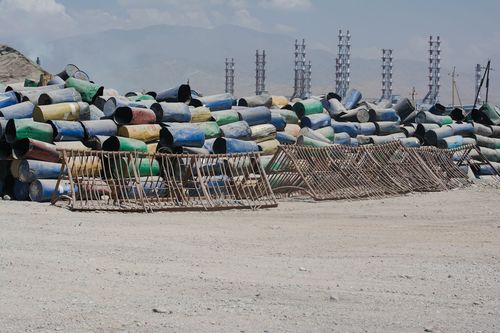 → www.flickr.com
Scrapyard near the worlds 3rd largest aluminium plant shortly after the uzbek-tajik border(Chimneys of the plant in the background)

Border formalities where bureaucratic as always but we got through rather quick. The road to Dushanbe was again a bumpy dirttrack with large stones that made us worry about our wheelsets - but we made it to the city before sunset and quickly found our way to Veronique's house, our fabulous hostess we had found via warmshowers.org. 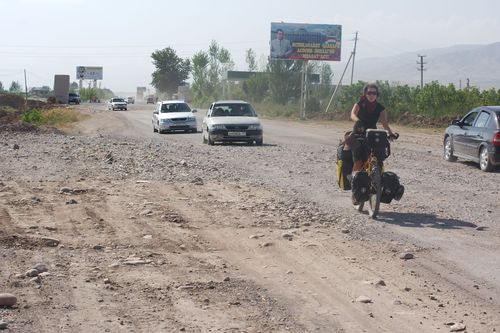 → www.flickr.com
On the road to Dushanbe 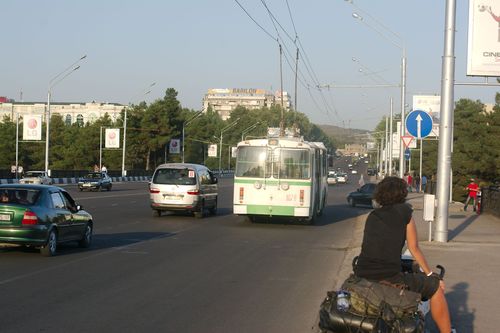 The chinese version is cooked for 4 hours, but the japanese version, which is cooked only ~30min works just as well:

Cook until rice dissolves (At least 30 minutes) and turns into a thick soup.

Refined with salt it's tastier than it seems.

With dried fruits (Dates, raisins, mulberries) this is a tasty breakfast (Not recommended if you are sick though, as the sugar will be a feast for the bug)