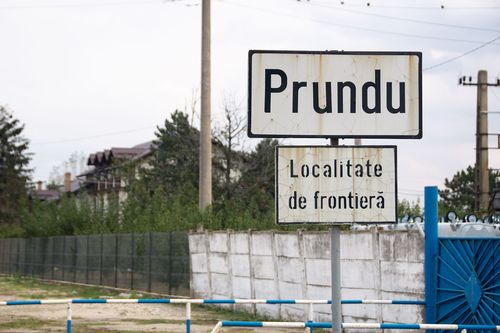 I have overextended my physical capabilities in the last few days - i forced myself to get up early despite having not slept well(As a result of my too cold sleeping bag) and pushing myself to cycle throughout the day with little breaks. The environment is not as sweet as in western Romania, there's more automobile traffic and the small-scale hilly farmland has made way for large agricultural plains which are cultivated with tractors instead of humans and horse-carts. It was not a superb ride for the previous three days(Although not bad either), but yesterday was tough. 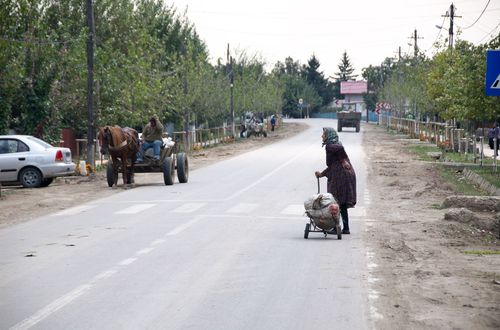 My legs where rebelling every single kilometer i was forcing them to cover, and although the road was slightly downhill, in conjunction with an icy headwind, i barely ever rode faster than 17km/h. Still, i continued to fight. As a result i was exhausted and grumpy in the evening and went to sleep at eight. 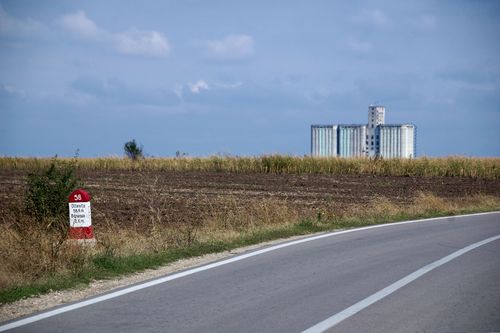 Today i'll stay "at home" and will try to recover physically and mentally - i have plenty of food and there's a fontana(well) near the field where i have pitched my tent. 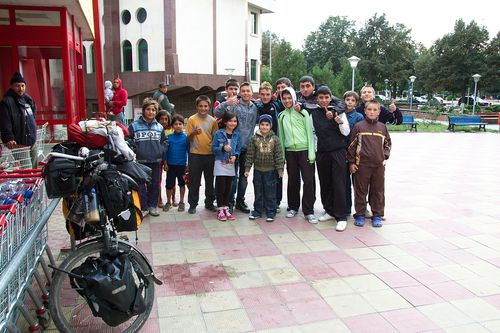 → www.flickr.com
Kids are just as curious about the bicycle guy as the grown-ups.

I'm looking forward to Istanbul, which is still at least 10 days to ride though.