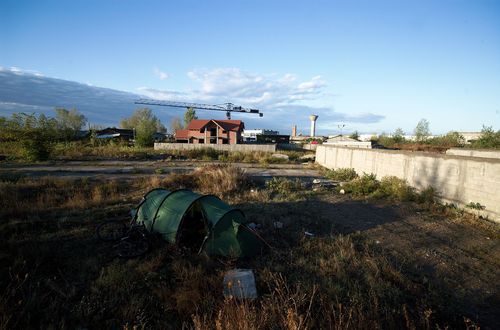 I realized i wouldn't make it out of Turnu Severin before dusk, so i bought groceries and started to look for a quiet, secluded place in the suburbs. A heavy hailstorm went down shortly before the sun disappeared(You can see it approaching in one of the last pictures of the previous logentry) but i had reacted quickly and put on my rain gear so i actually enjoyed the feel of the pressure of the falling water and ice on my back. I ended up in a run down and demolished industrial quarter of Severin. A pack of street dogs had found their home in the concrete rubble and they where howling and barking at me when i arrived. A few stones as a warning signal made them leave me alone in the end. 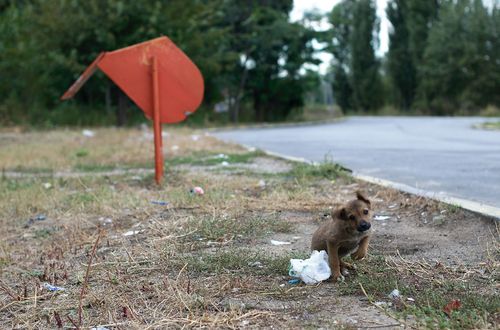 → www.flickr.com
I was close to taking this little guy with me, but reconsidered :-) 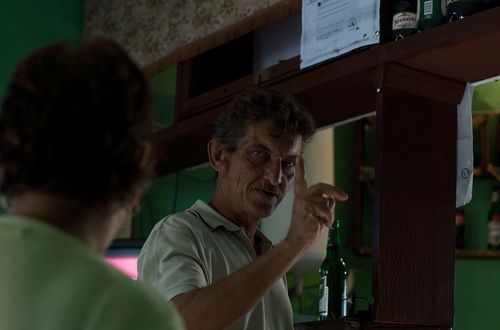 → www.flickr.com
This guy spend me a beer in Izvoru Anestilor 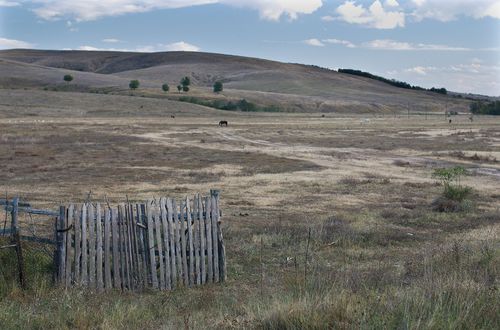 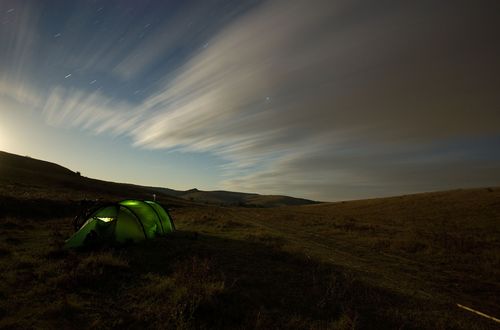 → www.flickr.com
The magic valley at night(Half moon just rose behind the hills)