The last few days where glorious! After Carlisle i followed Hadrians Wall path for some kilometers but turned north then to go through the Northumberland National Park.
It was raining the whole day when i left Carlisle, well "Rain", actually it was showering for 6 hours and i got dripping wet from head to toe(Due to moisture sneaking in and sweat not evaporating sufficiently). I actually enjoyed riding in this weather as it adds a challenge. But i had slept too long(12h) and i was exhausted from the day before so i entered a youth hostel in Greenhead quite early at 5pm(And ate a english meat dish for the first time, which was not bad or good, as it didn't have a taste. Brits are really lucky they had colonies with such a great cuisine, probably thats the reason why the got them in the first place. As i'm eating for two these days i also ordered a cheeseburger and ice cream, for the record). As it was raining so heavily i didn't shoot a single picture on this day. 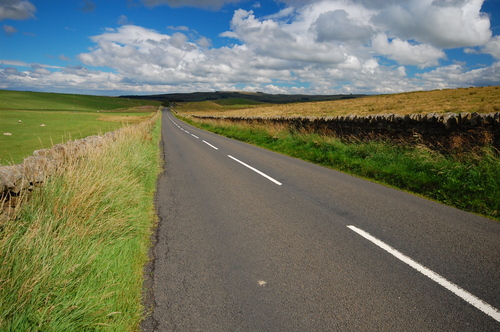 → www.flickr.com
Yesterday was truly remarkable as i entered the National Park, a terrain consisting of huge(300-500m), treeless hills, the most remote area on the British Island beside the Scottish Highlands. In the morning i was greeted by RAF-fighters who where training sick maneuvers in deep flight. There's a cycle path(Nr.68) through the Park which led me to some places where you can't go by car. There where many moments where i stopped and listened, as you could hear nothing beside the wind, gazing over the breathtaking landscape, absolute peace and silence. On top of the hills one could see dozens of miles, as the air was crystal clear, cleaned by the rain. 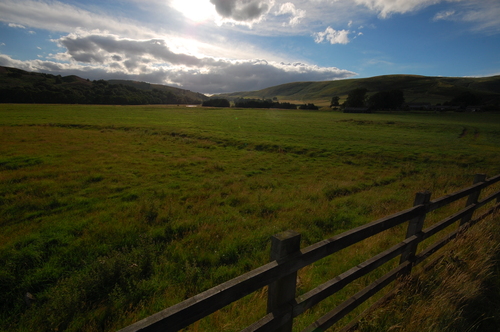 → www.flickr.com
As Hadrians wall was built on the southern border of the national park i wondered how this landscape appeared to the roman legionars. Soldiers who had been sent here from all across Europe and Northern Africa to protect the British colonies of the Empire against the undefeatable scottish tribes. 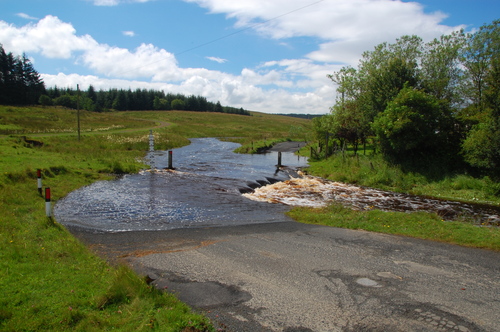 → www.flickr.com
The previous rain(It was mostly sunny yesterday, with many clouds and a strong wind - in my back) had also swollen the many small natural rivers in the park and they where flooding the trails where usually forts allows cars to pass. Dark, brown, rich water which reminded me of the delicious british beer. With my bike far too dangerous to cross. Luckily there where always narrow footbridges that crossed the rivers savely close to the main tracks.
Late in the afternoon, i was deep in thoughts, climbing a hill, i switched gears as it was getting steeper - the chain got caught somehow in the front derailleur and was bended sideways. As it is not built for such a force it sprang open and as the cranks and the backwheel continued forward the chain dropped to the ground. First i was pretty puzzled as i didn't realize what had happened(I never managed to break a chain), then shocked as this was the most important piece of hardware and i had no replacement and after i inspected it closer i felt relieved as it had broken right next to the chainlock and was easily fixable, losing only a single 'piece' of the whole chain. I had it repaired within a few minutes and it works as good as before 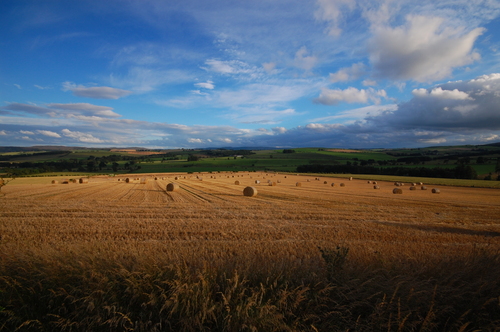 → www.flickr.com
I tried to find a campsite in the evening as i was lounging for a shower as the up- and downs through the hills had left me pretty sweaty but when i came across a small spring i decided to stay there. Taking a full bath in the spring was pretty cold of course, penis-shrinkening cold actually, but you know, you feel really connected to the nature when you sneak snuggly into your hollowfibre sleeping bag in your watertight iglu-tent after having warmed up some deep-temperature-dehydrated food on your ultralight mini-gas-stove after that. 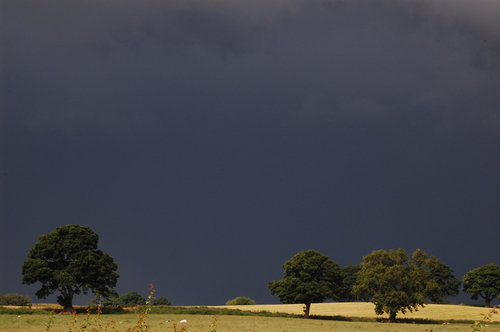 → www.flickr.com
Today i went out of the Park down to the northern coast, i'm pretty close to Edinburgh now, guess i'll be there tomorrow in the early afternoon. As the coast here is rocky and it would be a deathly drop to wash in the sea i had to do a "catwash" with a bottle of Volvic(French mineral water), guess what Madonna and Paris drink will be just good enough for washing my private parts. 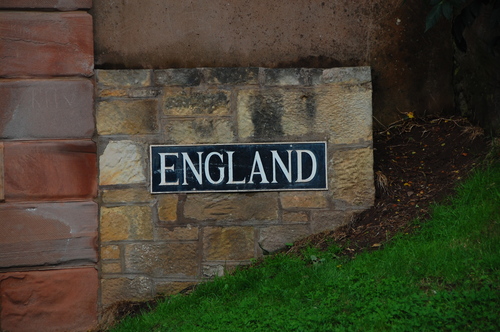 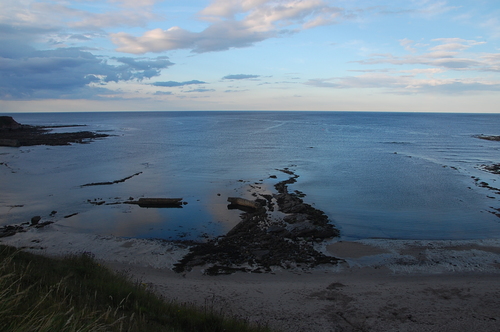 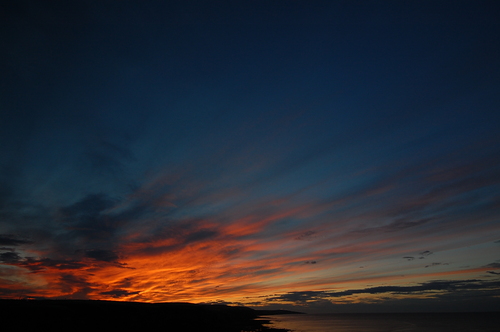 → www.flickr.com
I just brushed my teeth out there and it is really really cold, i'm glad i've taken my winter cap with me and i'm also thankful towards Ajungilak for inventing hightech hollowfibres.

Well, that was it i guess, this is the last night "on the road", tomorrow i'm in Edinburgh.