I had hoped for great photographic opportunities in black&white on Bayram - unsuspecting sheep in their last living moments, dark blood-puddles in the grass, a sharp, shiny knife ready to slit throats, bloody hands of an old man - stuff like that. Unfortunately i was not exactly in a very extroverted mood today and as i was not invited by the groups of turks that where working on skinning and dismembering cows and sheep, the images i saw today have only been recorded by my eyes, sorry. 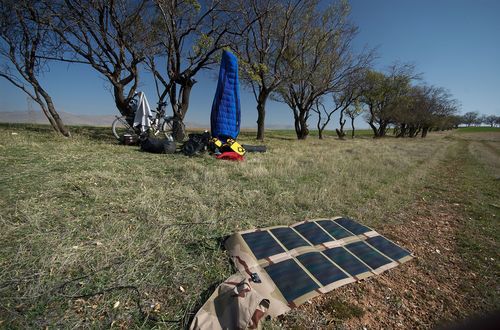 Besides, Kurban Bayrami brought emptier streets and closed shops for me - had a hard time scoring lunch but eventually suceeded in getting Adana Kofte with salad from a french-speaking guy who was running a small shop next to the street.

Luckily i've not seen any "living animal corpse" today - yes, i've noticed the double negation in today's tweet right after i had sent it. Sorry for my bad english ;-)

The last few days where uneventful - days are warm and sunny, nights are cold(My new sleeping-bag makes sense after all!), the Ankara plateau features soft brown hills and embedded within, small villages consisting of mediterranean houses with white walls and red, hipped roofs.

I actually didn't plan to go to the Nevsehir-province, better known as "Cappadocia", as i try to avoid touristy places and the sideeffects that come with masses of sightseers - but since it's practically right on my way, i'll go through it tomorrow(And probably also camp there). Let's hope the majority of foreigners have already left and the turks themselves are not eager to visit their country's most famous spots(Although i fear the worst, as Bayram lasts 4 days) 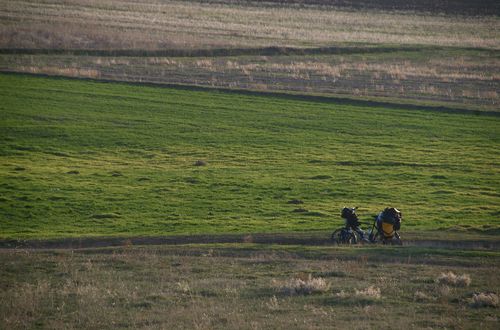 Holy cow(Literally)! Dead animal corpse in every second backyard! Too shy to take out the camera though #KurbanBayrami 39.134, 34.187

Trying to fight down a small cold i picked up last night by emptying the contents of my medicine-bag 39.138, 34.198